Early in her studies she joined a Law Firm, allowing her to be immersed in the practical reality of the professional legal world. After succesfuly passing the Paris Bar exam in 1996 she started working as a collaborator.

Three years later, in 1999, she funded Le Cabinet Eisenscher located at 3 Villa Victor Hugo in PARIS 16. Since then she has been advising and defending her Clients with the utmost respect for her professional duties and ethics. Hiring her is your best guarantee in terms of legal security and visibility.

Through her membership of several professional Associations such as ACE, FRANCAVOKA , AAMTI, AFPDC , AJFB … Me Gabrielle Eisenscher is devoted to develop and strengthen her practice by achieving a diversity of trainings in International, European and Domestic Law.

When the utmost interest of a case commands it , Me Gabrielle Eisenscher can be assisted by Me Juliette Voury, Advocate at Paris Bar, holding a post graduate Diploma in General Private Law, as well as a Master 2, Multimedia and Computing - Panthéon Assas University (PARIS II) - and who is in the habit of working for Law Firms representing Clients in front off the highest French jurisdiction such as « Cour de Cassation » and « Conseil d’Etat »

Maitre Eisencher is also the president of AVOLINK FRANCE friends which is the french division of the European Group AVOLINK gathering legal practitioners from all over Europe. 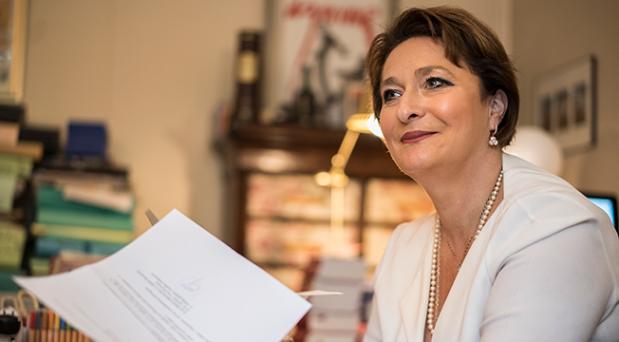 The core principles of the Firm are :